Bryson Gray, a 29-year-old rapper and Donald Trump superfan from North Carolina, wants to make one thing clear: It was a group of the president’s most loyal supporters that rioted in the U.S. Capitol building on Wednesday, and nobody else. When I spoke with Gray yesterday, he said he had been “too late” to get inside the Capitol itself with the rest of the mob, which broke windows and chanted through the halls of Congress in an ultimately futile attempt to disrupt the confirmation of Joe Biden as president. So he stood outside the building with a crowd and sang the national anthem.

“When I left the Capitol, I actually thought I was going to get on Twitter and see a bunch of support, because it was actually a very beautiful thing,” Gray said. Instead, he was met with a strange message spreading across the site: Trump fans weren’t behind the riots. Instead, it was antifa, the decentralized left-wing group that has become a bogeyman for Republican commentators and politicians, and for President Trump in particular. Many of Gray’s former #StopTheSteal allies had disavowed the insurrection, and a good number of them were using leftist antagonists as their scapegoat. “The first tweet I saw was somebody saying ‘Patriots don’t storm buildings; there were no patriots in the Capitol,’” Gray told me. “I’m like, Uh, that literally makes no sense; what are you talking about?”

As early as 2:30 p.m. on Wednesday, just as the mob was taking over the Capitol building, claims that antifa had “infiltrated” the group started to go viral on Twitter. The far-right blog The Gateway Pundit insisted that a whole busload of “Antifa thugs” was on the scene. Others claimed that a well-known figure in the QAnon movement, Jake Angeli, was a “paid actor” and a secret liberal supporter of Black Lives Matter, or they labeled random photos of members of the crowd “ANTIFA supporters dressed in MAGA clothing.” By the evening, the theory had been picked up by several Republican members of Congress, including Representatives Paul Gosar of Arizona, Mo Brooks of Alabama, and Matt Gaetz of Florida. (None of these representatives’ offices returned a request for comment.)

The theory is false. There is no credible evidence of involvement by antifa, which is not an organized group and has been responsible for very little violence, while Gray and numerous other known MAGA figures actually were involved in the insurrection. But empirical reality notwithstanding, the antifa story has become a dividing line within the MAGA world this week—and a telling symbol of its internal upheaval.

Over the past two days, Trump loyalists have been bickering online over whether to take credit for and celebrate their most dramatic action yet, or distance themselves from the scene by calling up familiar conspiracy theories to explain it away. Some may genuinely believe, as they say, that paid “crisis actors” are responsible. Many don’t seem to know what they believe, or what is most savvy to present, and pivot from post to post. Still others, like Gray, are consistently frustrated and outraged that anybody on their side wouldn’t be proud of what happened Wednesday afternoon. “The blue-check conservatives, all the popular ones, put ‘1776’ in their bios and tweet about how it’s time for patriots to stand up and fight,” he told me. “Then they turn around and condemn patriots doing exactly that.”

The coalition, in other words, is experiencing a schism—and you can watch it on Twitter, or by flipping through Instagram Stories. As soon as #StopTheSteal went offline in a serious, dangerous way, everyone who had been posting about it had to choose a side, or a reality. Broadly, the Republican establishment and its voters have had to grapple with whether they want to continue claiming the party’s radical flank. Wednesday “was probably the most visceral experience of watching a political party fracture,” says Joan Donovan, the research director at the Shorenstein Center on Media, Politics and Public Policy. “It seems to me that we’re in the midst of watching MAGA become its own movement.”

[Read: When the MAGA bubble burst]

The antifa rumor is unsurprising and sort of stale—a knee-jerk response at this point to anything that certain right-wing commentators see in public and don’t like. “This is such a repetitive tactic that many in the [disinformation] field don’t even track it anymore, because it’s so glaringly obvious,” Donovan told me. Nevertheless, it caught on easily—just as it did last summer, when antifa was repeatedly blamed for stoking unrest during the Black Lives Matter protests, and the summer before, when Trump first tweeted that the “Radical Left Wack Jobs” were a “major Organization of Terror.” By Wednesday evening, the Fox News hosts Laura Ingraham and Tucker Carlson were on air suggesting that it was not clear how many people at the Capitol were actually Trump supporters. Ingraham also tweeted the link to a now-debunked story on the Washington Times website, which claimed that members of antifa had been identified using facial-recognition technology. (The story is now inaccessible on the Washington Times site. The site’s digital editor did not return a request for comment.)

As the disinformation exploded across social media, Donovan points out, it benefited both from the openness and scale of major sites such as Facebook and Twitter and from the fact that it was shared enthusiastically in private Facebook groups, making its virality harder to track. Of the public Facebook posts about the story, Representative Gaetz’s was the most influential, according to data from the social-media-monitoring tool CrowdTangle. His initial post has been shared more than 7,000 times. In addition, his tweet of the link has been retweeted more than 11,000 times. (Gaetz also cited the false story in a speech on the House floor Wednesday night, saying that it provided “compelling evidence” that “some of the people who breached the Capitol today were not Trump supporters; they were masquerading as Trump supporters.”)

After the story took off, Facebook added an overlay to the post, labeling it “false information”—but it was still shared on the platform more than 90,000 times, according to CrowdTangle. A Facebook spokesperson told me that the company was “reducing distribution” of several claims about antifa, though it is not removing them. This was a step further than Twitter: Currently, Twitter users who search for antifa are presented with a text box informing them that the group wasn’t responsible for Wednesday’s events, but beyond that, it is unclear whether Twitter has done anything to slow the spread of the conspiracy theory. (The company has not returned a request for comment.)

Oddly, these platforms were joined in their effort to correctly identify the mob’s political allegiances by Trump diehards who were proud to accept credit. Samantha Marika, a right-wing social-media personality with 293,000 Twitter followers, appeared enthralled by the insurrection and frustrated by the claims that it was staged by antifa. “Those people aren’t Antifa,” she tweeted. “They are patriots.” On her Instagram Story, she reposted a tweet from the pro-Trump blogger David Leatherwood: “I don’t know how some of you have spent the last 2 months riling up the base about a stolen election and telling everybody we must fight- And then when we finally do you cower away and blame Antifa. Beta cucks.”

Gray, the rapper and Trump fan, for his part spent much of Wednesday and yesterday reminding his 205,000 followers of the truth in exceptionally clear terms: “No it wasn’t Antifa that stormed the Capitol building. That was us,” he wrote in one tweet. “MAGA was in DC fighting for our country and freedoms,” he wrote in another. “Twitter ‘maga’ people were giving the credit to Antifa.” That tweet ended with an emoji shedding a tear.

Social media’s scale and searchability is such that anybody looking to believe almost anything can quickly and easily find what seems like evidence to support that belief, then push it out to a wider and wider circle. In the past few days, factions of political factions have coalesced around cherry-picked pieces of reality or fondly held bits of delusion. On Instagram on Wednesday afternoon, the supposed proof of antifa’s involvement I saw most often was a blurry image of a man with a hand tattoo. Popular right-wing influencers who appeared shaken by the day’s events agreed that the tattoo was definitely a hammer and sickle, indicating that the man was a communist infiltrator in (lazy) disguise. Others have posted urgings to “think critically” about why the Capitol was so easily overrun, congregating around the possibility of some kind of setup. Meanwhile, people like Gray know that they sang the national anthem outside on a patch of grass—to their mind, this means the day was peaceful.

It should be simple: antifa or “patriots”? The choice between claiming responsibility and passing it off is an ideological line in the sand for each person who makes it. At the same time, the online MAGA world’s stutter step in this moment illustrates just how flexible reality can appear online, particularly in the thick of a breaking news event. And particularly in the hands of people who don’t care what the truth is, and are interested only in whether it can serve them.

As she marched through Washington, D.C., on Wednesday afternoon, an Instagram parenting and travel blogger who goes by @thatboldmama asked her followers why they were mad at “Americans fighting back,” insisting that “storming the US Capitol is NOT violent.” She seemed surprised to be receiving pushback. By yesterday morning, she was fully on board with the antifa theory, and sharing posts about how the event must have been staged. When I reached out to her, she referred me to one of her posts: “Don’t let the news media FOOL you,” she wrote. “It was a great day until NON Patriots breached” the Capitol. 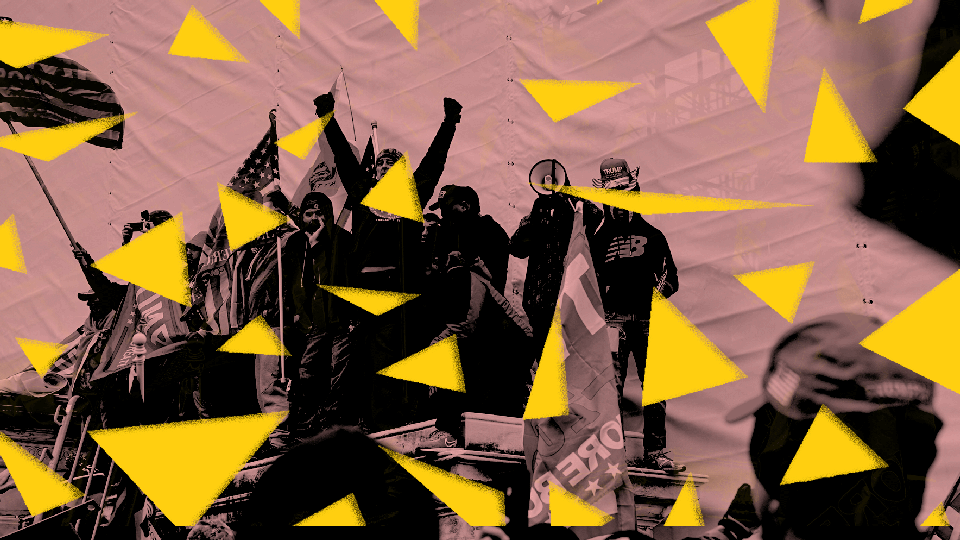 How to Upgrade WordPress, Themes, & Plugins to the Latest Version?

What is Open Source Software? Explained with Examples

How Fast Is the Jupiter X Theme? We Tested the Performance