The internet payment system Worldpay is under attack from unknown hackers, disrupting thousands of online retailers around the world. 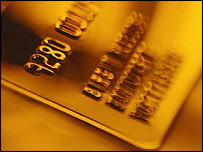 Worldpay’s payment and administration networks have been flooded with computer-generated requests which clog its system and slow transactions.

The firm said it was not able to say when the problems, which surfaced on Saturday, would be sorted out.

Worldpay said its service to customers had been “adversely affected”.

However, the firm stressed that transactions were still being processed – albeit more slowly than usual – and that the security of data had not been compromised.

“We realise it is disrupting our business and our customers’ business and we apologise unreservedly for that,” spokesman Simon Fletcher told BBC NewsOnline.

In an e-mail to customers, Worldpay said it was doing all it could to combat the attack.

“While such attacks can be anticipated to some extent, it does take time to identify and deal with the exact nature of a particular attack which can also change several times, over several days,” the company said.

Owned by the Royal Bank of Scotland, Worldpay has 30,000 clients around the world.

These range from multinational firms such as Vodafone and Sony Music Entertainment to numerous small online retailers.

Worldpay operates in more than 70 countries. It accepts payments on credit cards including Visa, Mastercard and American Express.