I am a new CentOS Linux server sysadmin. How do I find out what processes are running in the background on Linux operating systems?

How to find out what processes are running in the background

Let us see both traditional command and modern commands examples that one can use to manage running processes in Linux.

How can I run a Linux process in the background?

Open the terminal application and issue the following ps command command to show all running process on the system including those running in the background:
$ sudo ps -aux | less
OR
# ps aux | more

The first column shows the user name who started the foreground or background processes on Linux system. For example, the daemon user started the atd process. The process name itself displayed in the last column. The STAT coloum gives us the state of a Linux process:

Is my Linux process running in the foreground or background?

Based upon the above tables, one can determine if Linux process in background or foreground or running and so on.

How do I list only running processes on Linux? 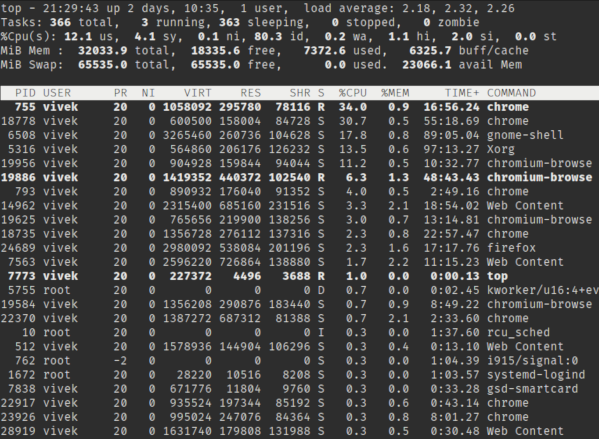 Similarly one can use an enhanced version of the top like atop or htop.
htop
atop
htop [options] 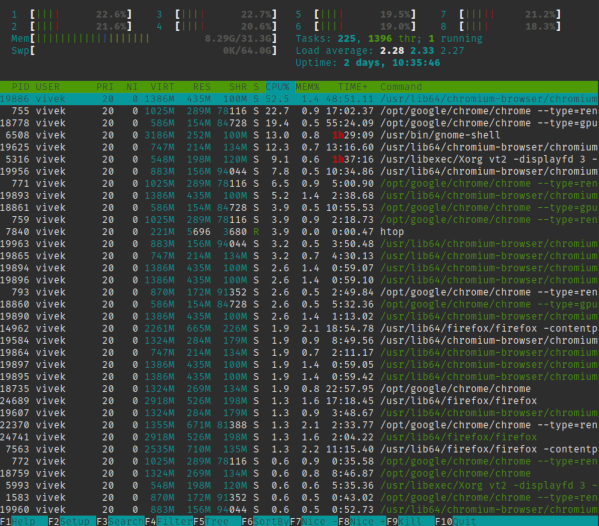 This page explained various Linux commands to find out what processes are running in the background. You learned how to use the ps command to get a snapshot of the current Linux processes and use various STATS to interpret the results.

The author is the creator of nixCraft and a seasoned sysadmin, DevOps engineer, and a trainer for the Linux operating system/Unix shell scripting. Get the latest tutorials on SysAdmin, Linux/Unix and open source topics via RSS/XML feed or weekly email newsletter.

Weave Cybersecurity into your product design

Weave Cybersecurity into your product design

Dive In and Register for Sprint 2022